We recently had to solve a very strange issue with a server which has been running just fine for years but after a reboot had a non working network card. 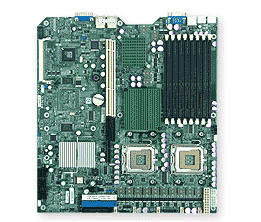 The server is SuperServer 6015B-T with a X7DBR-E Motherboard

Now in our case the server worked fine (we used latest Debian) and was stable. So nothing applied, apart of supposed physical damage of the Network card (two are present and both broken ?!)

We suspected the WOL (Wake on Lan) feature which has been used on these machines, since some time again the SAME type of configuration had the SAME issue. With other words this is second machine having the same issue. On first case we suspected MB and simple replaced. Note also that port led light indication didn’t work (no flash).

Now, disable in BIOS any wake on Lan (or boot from Lan ..) and from your Linux. In our case was /etc/network/interfaces
ethernet-wol g

Finally just stop and unplug the server from electricity for several minutes and then restart the machine. This trick worked magically for us.

Hope it helps some others!