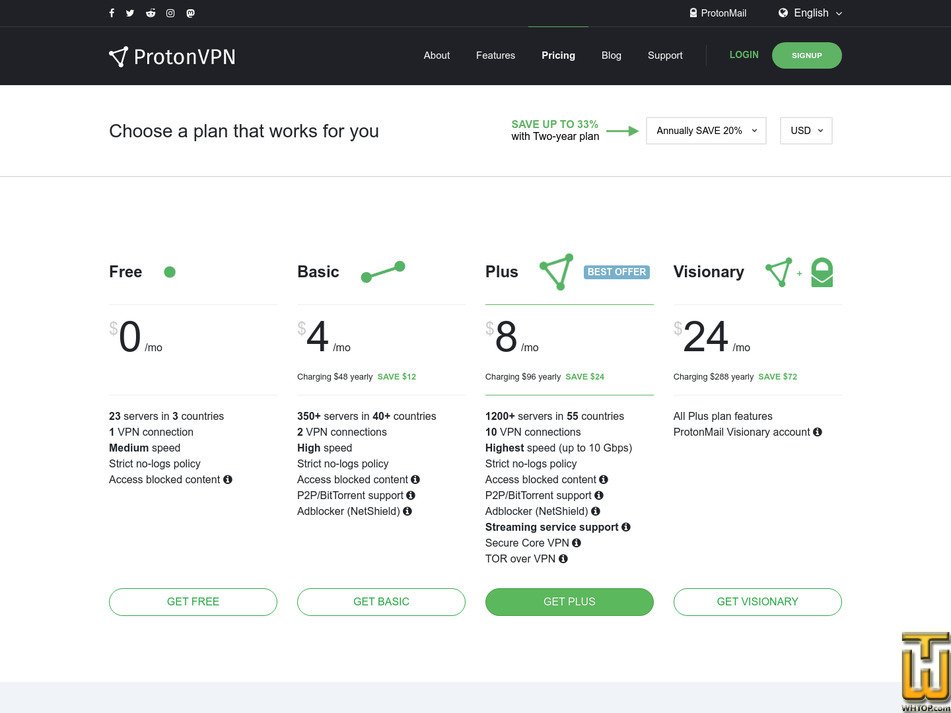 Supported by FONGIT (non-profit foundation powered by the Swiss Federal Commission), ProtonVPN was founded in 2014. At the same time, the team who met at CERN (The European Center for Nuclear Research) created ProtonMail – an encrypted e-mail service considered to be one of the largest on the market.

Based in Switzerland and having a set of advanced security features, ProtonVPN has a large number of servers all around the world including free VPN as well – a great advantage in terms of VPN services. Users at ProtonVPN can connect their devices to other 1318 servers in 55 countries around the globe.

Their bandwidth runs on 1542 Gbps capacity and they also promise P2P support. ProtonVPN functions according to a secure core network which keeps a user from having his or her IP revealed in case any VPN server gets compromised. More than that, they use Perfect Forward Secrecy that will not permit any encrypted traffic to be decrypted in case it gets compromised.

Like many other VPN providers, they do not track any logs from their users’ activity. Their plans also have automatic kill switch and DNS leak prevention.

There are 4 plans from which you can choose – Free, Basic, Plus, and Visionary. ProtonVPN initially offers 5 devices that can connect simultaneously, but a great advantage with their service is that you can get more if needed (up to 10 devices). ProtonVPN is available on PC, Macs, smartphones or routers, on Windows, Android, iOS or MacOS devices.