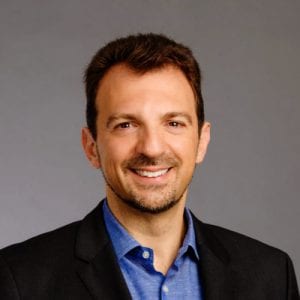 May 21, 2019 - Network technology company Riverbed has launched a new solution that would significantly accelerate the performance of leading SaaS apps, such as Office 365, Salesforce, ServiceNow and Box, "by up to 10 times." The solution is called Riverbed SaaS Accelerator (riverbed.com) and allows companies to directly measure, monitor and accelerate the performance of SaaS-based enterprise apps.

After closing of the transaction, KPN would continue to deliver its core ICT services (such as security, workspace, cloud ...
May 19, 2019 - File Storage Company WekaIO Raises $31.7M in Series C Funding - WekaIO, a file storage company delivering a NVMe-native high-performance software-defined storage solution that removes barriers between the data and the compute layer, has closed $31.7 million in a Series C funding round fueled by existing investors and new strategic investors from the storage industry, including Hewlett Packard Enterprise (HPE), Mellanox Technologies, NVIDIA, Seagate, and Western Digital Capital, alongside Qualcomm which invested previously.

Ooredoo Qatar has already tested a number of 5G use cases, including 5G aerial taxis and drones. The company is waiting for the availability of 5G devices to roll out commercial 5G ...
May 21, 2019 - File Storage Company Elastifile Hires David White as Vice President of Cloud Operations - Elastifile (elastifile.com), a provider of scalable file storage for the public cloud, announced the appointment of David White to the newly established position of Vice President of Cloud Operations. Mr. White comes to Elastifile from Sentient Technologies, where he served as VP Technical Operations. He will be responsible for leading Elastifile's service-centric operations and ensuring customer success. He reports directly to Elastifile CEO Erwan Menard.

May 22, 2019 - "A Day to Remember" Promotion by ICDSoft - 99% Off All Hosting Accounts - ICDSoft has been in the hosting business for twenty years, offering reliable, secure, and blazing-fast hosting services. To kick off the summer season, ICDSoft has launched a new promotion on their website. You can now purchase a full-featured hosting account with a 99% discount on https://www.icdsoft.com/p/adaytoremember