Energy Efficient Data Center Campus Being Built by Green in [...] 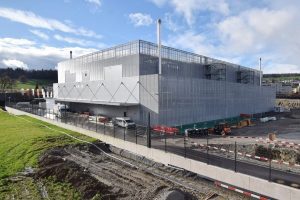 Company: Green.ch
Want to add a website news or press release ? Just do it, it's free! Use add web hosting news!

📅 Nov 13, 2008 - Netcraft: green.ch Most Reliable Host - Web analytics firm Netcraft (http://www.netcraft.com) announced on Thursday it has listed green.ch (green.ch 👉 Total Reviews: 1
🙌 Average Rating: 1 / 10
👍 Good Reviews: 0
👎 Bad Reviews: 1
👈 Official Responses: 0) as the most reliable hosting company site for October 2008. Last month, Netcraft listed web hosting providers Rackspace and ZeroLag Communications as the most reliable sites for September.Also announced Thursday, Netcraft released a dataset listing the hosting locations of the one million busiest websites on the web, as well as the web hosts that back these popular websites.According to Netcraft, green.ch is the only site that responded to every request made by the firm's performance collectors throughout October. The Swiss Internet service ...
📅 Oct 24, 2008 - Rackspace, ZeroLag Most Reliable: Poll - Hosting companies Rackspace (rackspace.com 👉 Total Reviews: 16
🙌 Average Rating: 3.3 / 10
👍 Good Reviews: 4
👎 Bad Reviews: 12
👈 Official Responses: 0) and ZeroLag Communications (zerolag.com 👉 Total Reviews: 15
🙌 Average Rating: 4 / 10
👍 Good Reviews: 6
👎 Bad Reviews: 9
👈 Official Responses: 3) have been found to have the most reliable home pages in the industry for the month of September, having been the only two sites that responded to each request made by Netcraft's performance survey throughout the month. This announcement marks Rackspace's first place showing this year, however, the managed hosting firm known for its "fanatical support" has landed on the top ten for three months in a row between April and June, according to Netcraft data.This is also ZeroLag's first time topping Netcraft's list this year although it was in the top 10 in June and July. ...