FBI Selected Dedicated Server in the Netherlands to Tap Drug [...] 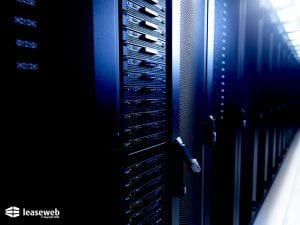 January 9, 2019 - The notorious Mexican drug kingpin Joaquín Guzmán (61), alias ‘El Chapo' who was captured (again) by Mexican authorities in January 2016 after a bloody raid and was extradited to the US in January 2017, communicated with others through encrypted Blackberry phones in 2011 and 2012. The Sinaloa Cartel used their own dedicated server for encryption. But the FBI managed to recruit an IT specialist from the cartel as an informant and they selected an Amsterdam-based dedicated server to tap El Chapo and intercept his conversations.

As the conditions in the US for tapping dedicated servers (leaseweb.com Total Reviews: 16
Average Rating: 1 / 10
Good Reviews: 1
Bad Reviews: 15
Official Responses: 0) are much stricter than for example in the Netherlands, the FBI decided to deploy a dedicated [...][... Check source for end of article ...]
Tags: Dedicated Hosting News Dedicated server El Chapo Iaas leaseweb

Company: Lease Web
Want to add a website news or press release ? Just do it, it's free! Use add web hosting news!

Jan 16, 2020 - Leaseweb Adds Zerto-based DRaaS, Announces MSP Partnership for UK Market - Cloud and hosting service provider Leaseweb has expanded its services with Disaster Recovery as a Service (DRaaS). This new service is based on Zerto's technology and offers Leaseweb's customers a solution for making business-critical applications and data more ...

Dec 7, 2019 - ‘Two Thirds of Organizations Cite Hybrid or Private Cloud as Future Infrastructure of Choice’ - 61.4% of companies see hybrid cloud (31.6%) or private cloud (29.8%) as the infrastructure for the future of their company, according to a survey conducted by hosting and cloud services company Leaseweb ...

Jul 26, 2019 - Hosting Provider Leaseweb Upgrades Network to Support Speeds of 100Gbps - Leaseweb, a hosting company with services including dedicated servers, cloud, CDN and more, has executed a major expansion of its network in their Amsterdam AMS-01 data ...