WorldStream, founded in 2006, is a well-known internet service provider (ISP) which has thousands of customers from all over the world. The reason that customers from the USA, Germany, China, Spain and many more countries have chosen for WorldStream is because we are an organization with years of experience and highly trained and enthusiastic manpower which will always meet the requirements and demands for your business.

As a leading internet service provider the main priority is the housing facility for the servers. Therefore a subsidiary company of WorldStream has built a highly secured datacenter called Greenhouse Datacenters which has been build in accordance to TIER3 classifications. The datacenter is connected with multiple geographically separated fiber paths to our main network pops to preclude any interruptions.

Offering:
Lease-to-own servers are servers that you rent first and own after 12 or 24 months of renting.
Become a WorldStream Reseller and receive numerous benefits which help you grow your business
Colocation in the most secure and state of the art facility ( using greenhousedatacenters.com datacenter)
WorldStream offers premium dedicated servers from quality brands for a competitive price which you can configure to your needs 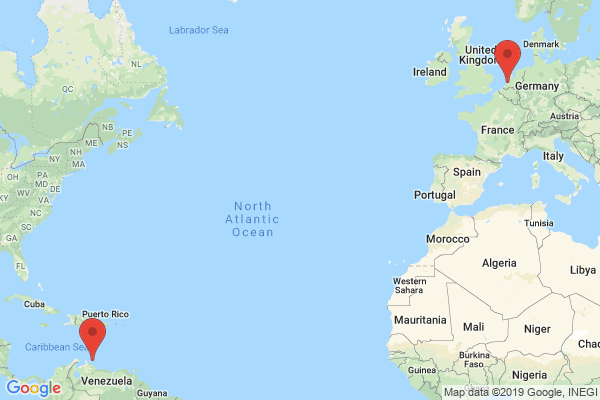 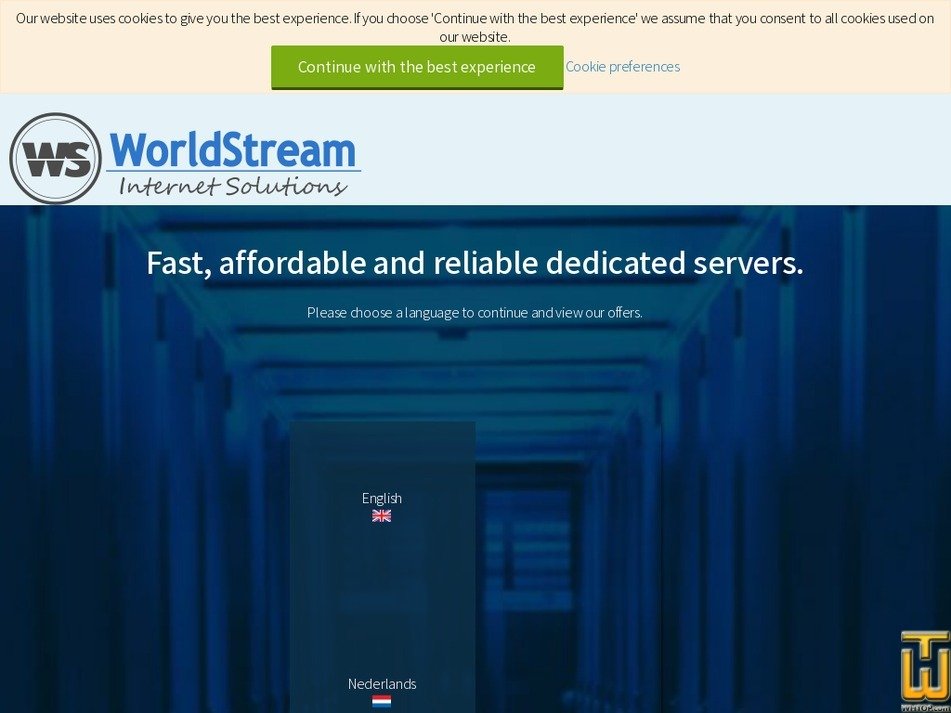 Website research for World Stream on September 25, 2019 by WebHostingTop

Nov 25, 2019 - Let it begin! Black Friday and Cyber Monday combined sale! Get 33% discount on the HP Proliant DL360e Gen8 with the… more info!
Nov 15, 2019 - The first half of November has flown by, get our bestselling servers with 25% discount before the deal ends! From 1… more info!
Nov 1, 2019 - Get 25% OFF on select servers on our super-fast network in celebration of European champion Danny Kroes in the Lam… more info!
No website coupons announced! Looking to get a great webhosting deal using vouchers ? Checkout our current web hosting coupons list!
If you manage this brand, you must be logged in to update your promotions!
You can directly submit your coupon here!

Worldstream 1st Sponsor of New Dutch Speed Skating Team, NXTGEN. - Worldstream, a fast-growing global provider of secured Infrastructure-as-a-Service (IaaS) solutions with more than 15,000 dedicated servers (worldstream.com) installed in its company-owned data centers in the Netherlands, has signed a sponsorship agreement with NXTGEN., the newly founded speed skating team of Jutta Leerdam and Koen Verweij. Worldstream is the first sponsor of this Dutch speed skating team.
In June this year, Jutta Leerdam and Koen Verweij announced that they would not join one ...
IaaS Provider Worldstream Eyes Further International Expansion with New CEO - Worldstream, a fast-growing global Infrastructure-as-a-Service (IaaS) provider with more than 15,000 dedicated servers installed in its company-owned data centers in Naaldwijk, the Netherlands, has hired Ivo Roomer (47) as the company's new Chief Executive Officer (CEO). Mr. Roomer has many years of leadership experience in this industry, including at Eurofiber Group, Leaseweb and Easynet. He succeeds Lennert Vollebregt (33), one of the founders of Worldstream, effective as of September 1, ...
WorldStream Joins Dutch Hosting Provider Association - WorldStream, a fast-growing Infrastructure-as-a-Service (IaaS) hosting provider with more than 15,000 dedicated servers under management for a global customer base, has joined Dutch industry association DHPA, Trusted Cloud Experts. WorldStream sees the increasing scale of its own company as well as the need for a hosting industry-wide approach to cybercrime as important arguments for membership of Dutch industry association DHPA.
The members of DHPA (Dutch Hosting Provider Association) are ...
[search all worldstream.nl news]

October 9, 2020 - We developed a real-time network performance system that is not only cost-efficient but also suited for hybrid IT i… more info
August 31, 2020 - We’re off to a flying start! The proud and also first sponsor of NXTGEN., a new Dutch speed skating team of… more info
August 25, 2020 - Here it is, our streamlined new website with a shiny new logo! Made by the Dev team in collabo with @DeptAgency. Ex… more info
https://www.facebook.com/worldstreaminternet/
About: WorldStream is a well known internet service provider (ISP) which has thousands of customers from all over the world.
WorldStream account is having 2341 likes, talking about them 12 peoples. Last activity on Sep 19, 2019. Recent posts:

Sep 19, 2019 - WorldStream Launches New In-House Developed Anti-DDoS Scrubbing Center We are proud to announce the new WorldStream DDoS Shield, powered by intelligent clustering technology, and have made it available per immediate effect for new clients as well as our ...
Sep 16, 2019 - WorldStream has added Revolut as a new payment method. Revolut is a financial technology company that offers banking services including a prepaid debit card (MasterCard or Visa), currency exchange, cryptocurrency exchange and peer to peer payments. It offers
Sep 8, 2019 - We are extending the Summer Deal from the 8th until the 23rd of September to celebrate the summer until autumn arrives! Configure your dedicated server with unlimited bandwidth on a 1GBit/s Premium Unmetered uplink and no setup fee. Orders are live now: ...
https://www.linkedin.com/company/worldstream-dedicated-servers-and-colocation/
WorldStream Dedicated Servers and Colocation (established 2006) is a Privately Held entity having 40 followers on LinkedIn and 11-50 employees, industry Facilities Services.

Things to do
✗ Products (plans) are missing
86%
We are Private Cloud experts. Our team has more than 15 years of experience in the web hosting industry and our products are carefully designed to meet the needs of medium to big consumers of computing resources, as well as all kinds of IT integrators. Today, technology around virtualization has [...]
HostSpinner Alexa Rating1,140,520

100%
HostSpinner was founded by Aman and is known for its high powered and easy-to-use web hosting. Our turbo servers promise up to 20X faster page loads compared to standard hosting. HostSpinner’s core goal is to create and maintain such a good web hosting company that the staff wants to use it [...]