Deutsche Telekom AG is one of the world's leading service companies in the telecommunications and information technology industry. We offer our customers products and services related to connected life and work.

Telekom homepage packages
With just a few clicks to your own homepage
Now with a new homepage designer. 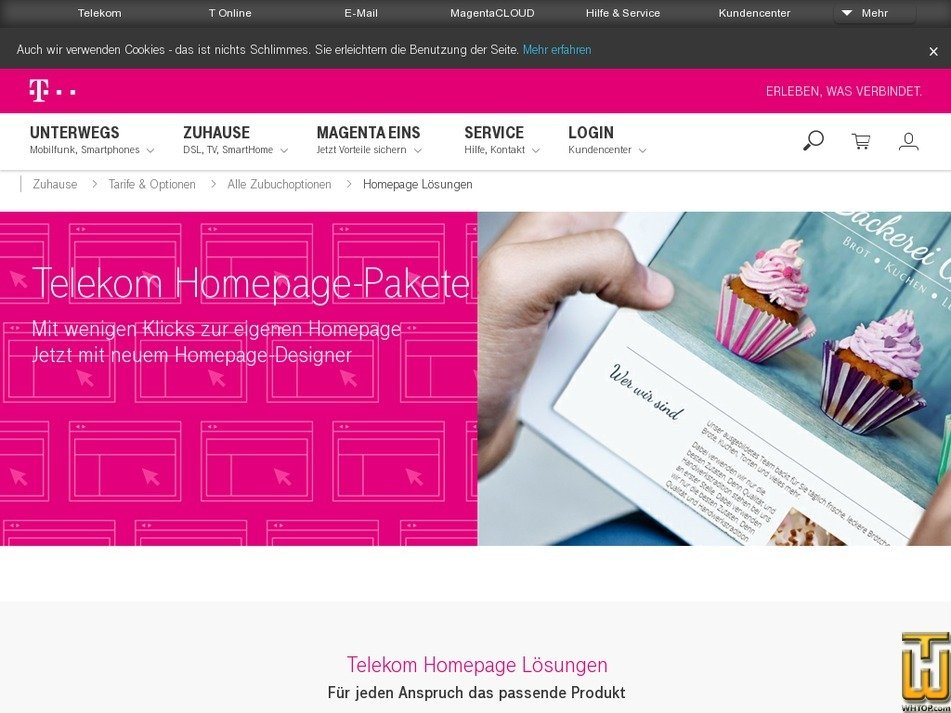 While GoDaddy was the fastest growing host in absolute terms, NewDotNet and ...
[search all telekom.de news]

August 13, 2020 - Historic step for Deutsche #Telekom. For all details on our figures for the second quarter 2020 please see our medi… more info
August 13, 2020 - Deutsche #Telekom is pushing new financial frontiers. Strong growth in financials following US merger. Impact of… more info
April 1, 2020 - Finally! The new #TMobile is officially here. From now on, @TMobile US and @sprint are officially one. A big day fo… more info
https://www.facebook.com/deutschetelekom/
Deutsche Telekom AG account is having 100393 likes, talking about them 1560 peoples and 7 webpage shares. Last activity on Sep 29, 2019.

Telekom.de -vs-
1and1 IONOS Germany

Things to do
✗ Twitter and Facebook accounts are missing
✗ Products (plans) are missing
71%
NxgtHosting is an Hosting Company based in India, Started With the motive of providing best service on the web. That we are providing, we are the one of the Hosting Company that Provides Free Reseller Hosting in The Market, With Unlimited Users Allowance & We don't ask for any ads for free [...]
Speed Hub.eu Total Reviews: 1
Average Rating: 10 / 10
Good Reviews: 1
Bad Reviews: 0
Official Responses: 0 Alexa Rating6,112,488▼-2,866,253

Profile completion status:
Things done
✓ Note: Company descriptions is short. Recommended 1000 chars
✓ Company address location is complete
✓ Company phone/fax is added
✓ Company Twitter and Facebook accounts are added
✓ "About page" URL or "Contact page" URLs are added
✓ Forum, Blog/Announcements, Knowledgebase or FAQ URLs are added
✓ Products (plans) are added, but some are not updated from over 2 years
✓ Promotions are added

100%
Private Unshared Server Resources Experience real rental server performance with dedicated server resources, all for you. All hardware and resources that determine server performance such as RAM, Disk, Processor or Traffic are carried only to you and not shared with other servers. Hostragons [...]
Trademarks, logos & names are properties of their respective owners and protected by law.