they not solve your problem but add more problem to you
56 out of 58 users found this review to be helpful!
Did you find this opinion useful? YES / NO
iRHoTeP (ir@j...)
Time Hosted: over 3 years
Global rating
Features
Cost
Customer Relation
Control Panel
I've been with Singcat for 5 years. At fiRst, I got 2 accounts of standard USA on Singcat.
Everything went just well until the uptime they've claimed to be 90% went terribly down into 40%. Especially during the DDos attack on 2004 when nobody on Singcat could discuss about this problem since they're on vacation (duh).

And then somehow on 2005, theiR uptime went down to, let's just say it's only 20%. I don't have any choice but to migrate one of my accounts to other hosting service. How about my other account that's still in Singcat? 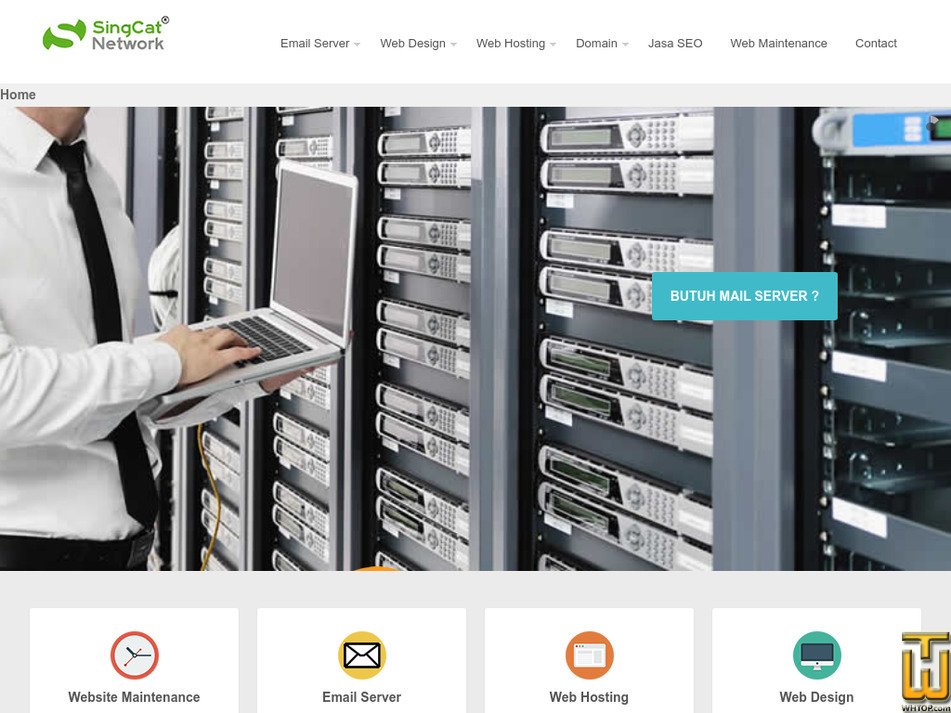 There are no products or services listed yet! To add any hosting plans, you have to login into your account!

December 22, 2014 - Good tutorial about hosting more info
September 26, 2011 - is now using Pool on Yahoo! more info
May 2, 2011 - Check this video out -- Simon & Garfunkel - The Sound of Silence - Madison Square Garden, NYC - ... more info via @youtube
https://www.facebook.com/singcat.network (inactive)
https://www.linkedin.com/company/singcat-network/
About: SingCat Network is a company which was started business in 2001.
The company was established in Bandung and owned by 3 gentlements and have operational office now at Jl. Danau Toba No. 104, Pejompongan, Jakarta Pusat, DKI Jakarta, Indonesia.

Some of our main customers:

The quick stats of singcat.com profile shows a note average of 1.4 out of 10, counting 5 opinions. (few listed on the top of the page)
As visitor you can rate this provider directly here! If you are part of support team, you can respond to these reviews by going to login

At the first time, I was very very satisfied with singcat.
It was rarely down and If problems appeared I could easily contacted the technical support for explanation.

But now, the hosting frequently down.
And there is no response asking thru email, phone (no one pick it up), yahoo messenger.
NOT RECOMMENDED.
99 out of 106 users found this review to be helpful!
Did you find this opinion useful? YES / NO

Dewaweb
These singcat.com customer review(s) and ranks are the subjective opinion of our visitors and not of whtop.com staff.
Trademarks, logos & names are properties of their respective owners and protected by law.