Selectel is a reliable IT infrastructure provider in Russia. Over its 11-year history, Selectel has earned the trust of more than 15 thousand clients - from individual entrepreneurs to large international corporations.

Our network includes 6 own modern data centers in Moscow, St. Petersburg and the Leningrad region. 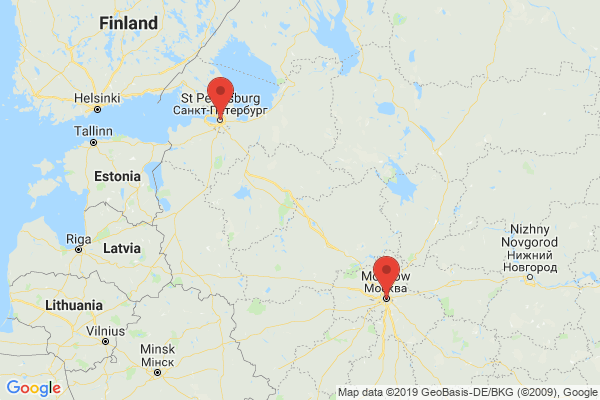 It seems the selectel.ru website has Javascript error on main page, detected Jul 24, 2020

Selectel Russia Launches Supercomputer-as-a-Service - One of Russia's largest cloud and data center providers, Selectel Russia, has introduced its Selectel HyperServer (selectel.ru) - a solution for the deployment of dedicated servers with dozens TB of RAM and hundreds of CPU cores.
Founded in 2008, Selectel Russia currently owns and operates six data centers in Moscow, St. Petersburg, and the Leningrad Region. By launching its Supercomputer-as-a-Service, Selectel expects its solution to provide for a cost-effective alternative to the complex and expensive computing systems used in business for modeling and development, predictive analytics and other tasks involving the processing of vast amounts of data.
Selectel's new service is based on technology that consolidates the resources of ordinary dedicated servers into one software-defined server. A hypervisor analyzes load in real time and distributes it between the physical nodes. In maximum configuration, a computer like this can boast up to 1024 cores and 64 terabytes of RAM.
"The ...
[search all selectel.ru news]

May 18, 2020 - For our English speaking followers. How to deploy several virtual servers with different operating systems on a sin… more info
October 15, 2019 - This week Selectel is visiting Saastock 2019 in Dublin! Visit us at the booth G2 at the Royal Dublin Society!… more info
June 21, 2019 - We’re looking forward to meet Peter in Selectel office! more info
https://www.facebook.com/selectel/
Selectel account is having 792 likes, talking about them 24 peoples. Last activity on Aug 28, 2019.

100%
Network traffic is unrestricted and free of charge, the servers operate in the widest and strongest Telia network. Let's Encrypt ® domain SSL certificate installation tools allow you to instantly install a free domain certificate and HTTPS security. It is also possible to additionally order the [...]
Owl Host Alexa Rating1,308,509▲50,934

Things to do
✗ Company phone number/fax is missing
86%
It is no secret that 90% of new hosting companies position their services in the same way, but at the same time, at best, they start by renting equipment in commercial data centers at fixed prices. The recruitment of the client base is due to really low prices, but after the recruitment of the [...]

Things to do
✗ Company descriptions is too short. Minimum 500 chars
✗ "About page" URL or "Contact page" URLs are missing
71%
24x7 Server Management provides experienced dedicated staffing services for web hosting providers. A Team of highly qualified experienced technical system admins who are Industry recognized and internationally certified. Its equivalent of having your own employees working remotely for you. 7 Days [...]
netzone.ch Alexa Rating436,600▼-2,046,361

Things to do
✗ Twitter and Facebook accounts are missing
86%
A player from the beginning! NetZone has been a web hosting provider since 1997, making it one of Switzerland’s pioneers in the segment. NetZone operates its own independent data centre in Schöftland, Switzerland. We have consistently maintained our principles ever since the company was set up: [...]
Vimly Host Alexa Rating3,810,539▼-633,015

100%
Vimly Digital (Formerly VimlyHost) is specialized in affordable hosting services and we pride ourselves for the personal and friendly attention we give to all our customers. We are a small community driven provider and are therefore able to put the customer first. We offer affordable web hosting [...]
VPS Net Alexa Rating645,417▼-115,013

Things to do
✗ Facebook account is missing
✗ Forum, Blog/Announcements, Knowledgebase or FAQ URLs are missing
71%
UAB "Esnet" has been specializing in data center services since 2007. By choosing the services of UAB Esnet, customers not only reduce their costs, but also save time. Flexible solutions, many years of experience, a competitive price for services and a continuous process of improvement - these [...]
Trademarks, logos & names are properties of their respective owners and protected by law.