METANET AG has existed for 19 years, houses more than 1,000 server systems and serves more than 50,000 customers.

The company specializes in Internet services in the fields of web hosting, web servers and domains for SMEs, private individuals and web service providers. The company employs 25 people at its headquarters in Zurich.

In addition to the convincing price-performance ratio and the extremely reliable infrastructure, the customers value the outstanding reaction times during the support - all the characteristics that METANET is committed to with their quality guarantees.

Guaranteed Dedicated
Provider is not the same provider - unfortunately, the user experiences this only some time after his registration. METANET stands for utmost commitment and secures this to their customers even in black and white, with guaranteed response times for support.

METANET is consciously represented in two data centers in order to be able to carry out offsite backups in addition to conventional data backups. The webhosting and reseller servers are subject to this data protection strategy, so your data is additionally available in a separate building. This can prove to be extremely valuable in a disaster. 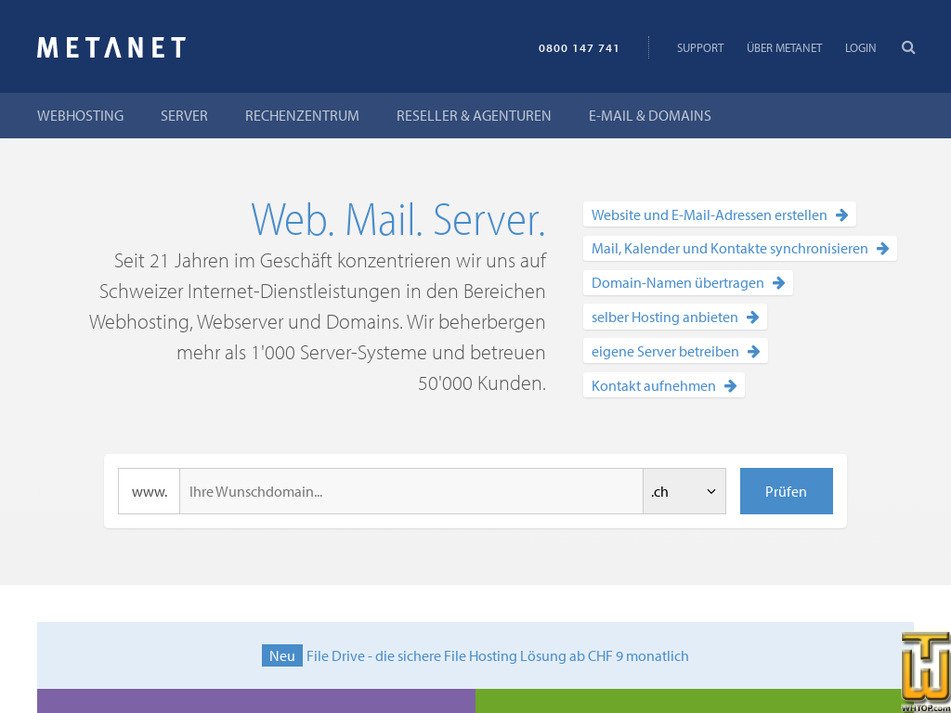 The quick stats of METANET profile shows a note average of 3.2 out of 10, counting 5 opinions. (few listed on the top of the page)
As visitor you can rate this provider directly here! If you are part of support team, you can respond to these reviews by going to login

- Make sure there is a backup in place as that is not automatic. We lost several customers during a HDD failure.

- They charge extra(hourly) to replace old hardware that is broken during non-office hours.

- They don't upgrade their servers as needed and old customers get stuck with old systems that more often fail.

- According to their contract you have to pay for 6 months extra(unless you tell them 30 days before next period begins) when you no longer need the server. So instead of getting money back for time you already paid for you get charged 6 months extra. This happened even after using their services for more than 5 years. Plan your move very well.

My advice is to stay away from Metanet hosting service.

(after complaining they ONLY charged me 3 months extra)
101 out of 114 users found this review to be helpful!
Did you find this opinion useful? YES / NO

Hostpoint
These METANET customer review(s) and ranks are the subjective opinion of our visitors and not of whtop.com staff.
Trademarks, logos & names are properties of their respective owners and protected by law.