KVCHosting.com is a center that endeavors to make high-end technology available by providing cheap and affordable quality web hosting packages. KVC Hosting specializes in web hosting services of various categories, and since 2008 have been named as one of the fastest growing web hosting companies for quality-driven, technology enriched and affordable web hosting developers. We have more than 100,000 domains from across the globe that trust our services and have partnered with us for years. Our data center is located in Oklahoma City, OK (US), with head offices in Edmond, OK (US).

Our approach:
Client satisfaction is our main aim and goal. It is this goal that encourages us to work round the clock to develop web hosting packages and customer support services to meet your needs. We have set up 24/7 customer service support reachable via phone, email, and live chat with technicians who are ready to help answer your queries and address your problems. We focus on providing cost-effective web hosting solutions. Our extensive experience in the industry assure high quality and economical web hosting options that can be customized to suit your needs. We are proud of the trust that our partners and customers have placed in us. 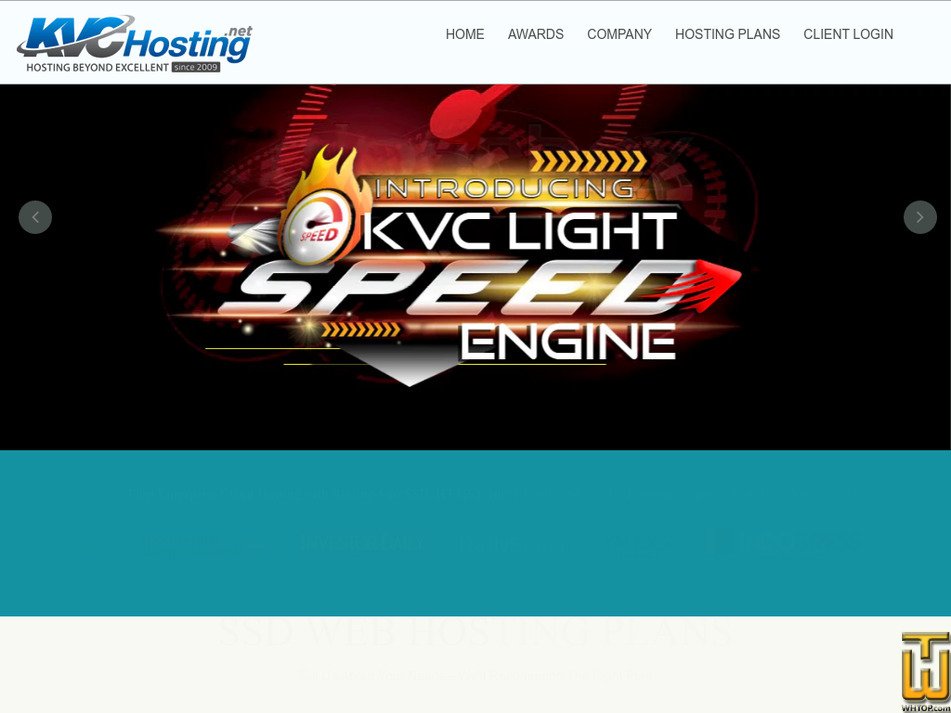 Website research for Kvc WebHost on August 15, 2016 by WebHostingTop

Apr 13, 2019 - Hyperlink Auditing Pings Being Used to Perform DDoS Attacks
Apr 13, 2019 - Thousands of QQBrowser Users Took Part in DDoS Attack
Apr 13, 2019 - How HTML5 Ping Is Used in DDoS Attacks
No official account on Linkedin yet
https://www.youtube.com/user/kvchosting
http://blog.kvcwebhost.com/  (RSS error) Blog added on April, 2012, with total 11 articles, Language en-US. See recent blogs summary posts:
June 2, 2015 - Maintenance Friday 9PM - We are sending this advisory to inform you of an upcoming maintenance to be performed on a private network aggregation switch in our datacenter which your server may be affected by. Event Date(s): ...
March 23, 2015 - Microsoft might lock out other operating systems with Windows 10 - If you've a liking for installing old versions of Windows and choices like Linux on your desktops and laptops, be advised: It looks likely that several Windows 10 machines will be made to run Windows
March 11, 2015 - New discovery could help the blind ‘read’ - A new creation could help blind people “read” books or any other written text without requiring for Braille. MIT researchers have done a prototype of a finger-mounted machine that uses a camera to ...
http://forum.kvcwebhost.com/
https://myspace.com/kvchosting
http://www.bbb.org/us/ok/oklahoma-city/profile/web-hosting/kvchosting-llc-0995-90016412

The quick stats of Kvc WebHost profile shows a note average of 9.2 out of 10, counting 415 opinions. (few listed on the top of the page)
As visitor you can rate this provider directly here! If you are part of support team, you can respond to these reviews by going to login

After several back and forth Customer service admitted that the resources were not allocated and they would fix the problem.

More than 42 different ticket replies over more than 18 months, hard drive failure lost all websites, (no onsite back up) existed, they did apologize for the inconvenience.

Their customer service is fast but terrible, treat you as a fool and don´t do the fixes!
Looks be junior admins that don´t know what they are doing.

I DO NOT recommend it!
95 out of 101 users found this review to be helpful!
Did you find this opinion useful? YES / NO

Geek Storage
These Kvc WebHost customer review(s) and ranks are the subjective opinion of our visitors and not of whtop.com staff.
Trademarks, logos & names are properties of their respective owners and protected by law.