Our company connected to the internet backbone using a great number of high speed fiber data lines. Thus, we insure availability at every particular moment.
Our network operate from AS number 42994.
Our Internet Exchanges include:
LINX: 2x 10 Gbit/s
DE-CIX: 2x10 Gbit/s
Who are our Tier-1 Transit Providers? These are well-known companies like TELECOM ITALIA, PCCW, GTT, KPN B.V, Level 3 Communications, TATA Communications, Verizon, and Tinet Spa.
All the operations in the network and data centre are continuously monitored by HQserv team. 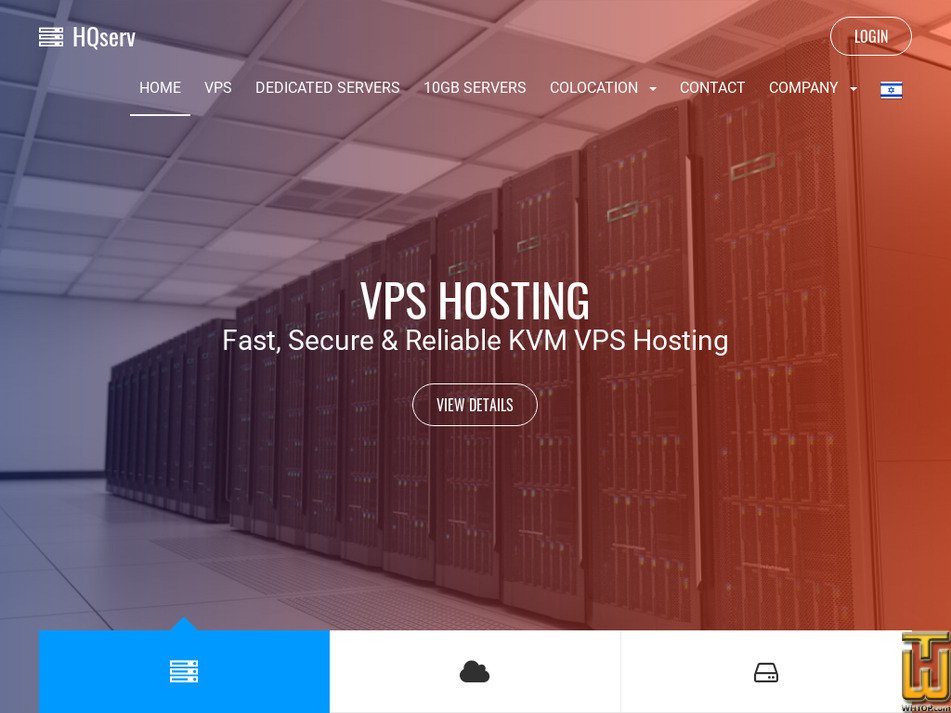 No official account on Twitter yet
https://www.facebook.com/hqserv1/
No official account on Linkedin yet
HQServ Blog  Using Wordpress version 4.7.18. First post from March, 2014, with total 7 articles, Language en-US. See recent blogs summary posts:
December 17, 2016 - Datacenter - Datacenter People generally think of the internet as an immaterial object; however, the data that makes up the internet is stored at data servers. Businesses generally operate their own servers or ...
May 17, 2016 - new Virtual server SSD drives! - Our new virtualization server has been upgraded! New 8x 400GB SAS SSD drives working on RAID-10. Memory was upgraded to 256GB. New KVM virtualization software.
July 19, 2015 - Hard drive raid benefits - Hard Drive Raid Benefits For several years, VPS or virtual private servers hosting became so popular in Israel. It is expected to continue because of its functionality and performance. There were ...

Things to do
✗ Company descriptions is too short. Minimum 500 chars
86%
PT Hostingan Awan Indonesia is one of the Hosting Providers in Indonesia that has been serving since April 1, 2016 until now, has served more than 500 customers.
Mythic-beasts Total Reviews: 12
Average Rating: 9 / 10
Good Reviews: 11
Bad Reviews: 1
Official Responses: 1 Alexa Rating734,729▼-734 Domains355▼-1

Things to do
✗ Company descriptions is too short. Minimum 500 chars
✗ Company phone number/fax is missing
✗ Products (plans) are missing
57%
Started in 2000 by a group of Oxford and Cambridge University graduates who were dissatisfied customers of other shared hosting providers it began offering shell accounts on a shared host as a hobby project. Mythic Beasts is a privately owned hosting ISP with a focus on providing services to [...]

Things to do
✗ Twitter account is missing
✗ "About page" URL or "Contact page" URLs are missing
✗ Forum, Blog/Announcements, Knowledgebase or FAQ URLs are missing
57%
Our Linux servers are designed to be customized by the most experienced technicians in their field. They know that designing a server that should always be up-and-running is not like assembling a desktop PC: choosing hardware components takes first priority. The result: an ultra-stable system for [...]
Trademarks, logos & names are properties of their respective owners and protected by law.