-anonymous- (fivestarsmsng@g...) / 5starsmsng.com
Time Hosted: 6 mo. to 1 year
Global rating
I want to warn people to stay away from Garanntor hosting. They took my site down with no clear explanation of what warranted. I sent an email to their support mail, no answer. I initiated chat using their web chat, no response. I logged in to my client portal and sent a ticket, still no response. I searched Google for their phone and found it. Called and called, no one picked. When they finally picked after some time, they claimed my site was using more resources than I deserved. So what can I do to resolve it? I asked. They said they are working on it and my site will be up in a few hours time. 24 hours later, my site is still down, I have called and called, phone switched off and no way to reach them. If you don't want your business to fail, steer clear of Garanntor web hosting.
50 out of 55 users found this review to be helpful!
Did you find this opinion useful? YES / NO
MORE REVIEWS

Garanntor is a privately owned company hosting and infrastructure-as-a-service company. Since our founding in 2016, Garanntor has continually innovated new ways to deliver on our mission: Making it Easy So You Can Focus on Growing Your Business. Based in Lagos, Nigeria. we pride ourselves in providing high quality services and support for each and every one of our clients. 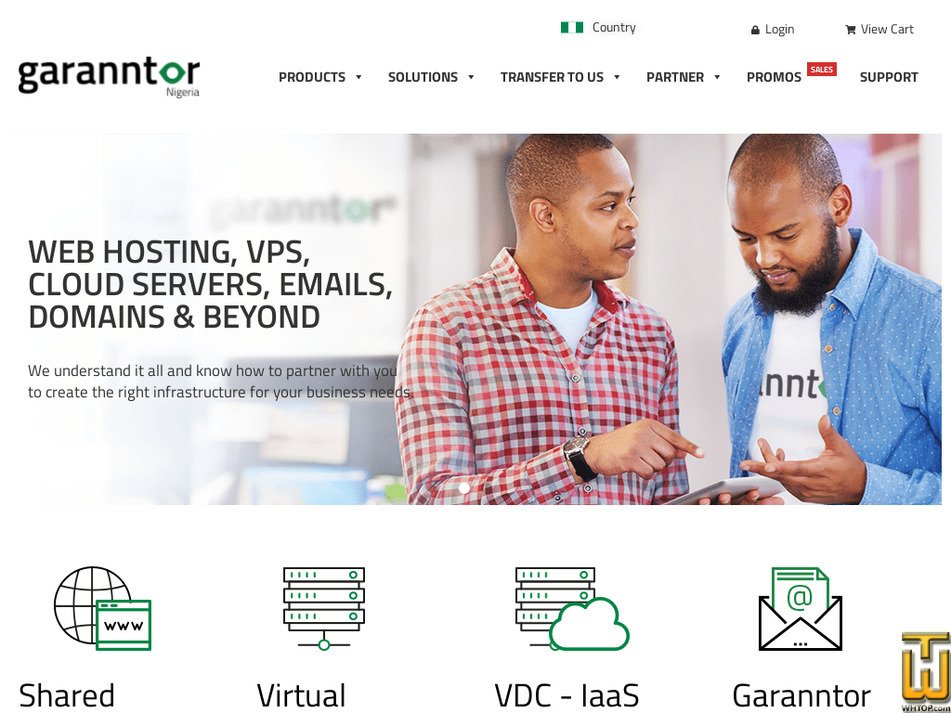 Aug 14, 2020 - Oh yeah!!!!It's Friday and we are excited. The huge discount deal is getting closer. Get prepared guys and have a… more info!
Aug 11, 2020 - Ho Ho Ho.Is Christmas coming early?We've got a major discount coming up guys.This is a big one and we are so exci… more info!
Jun 11, 2020 - Grab these amazing deals now while it lasts. Enjoy up to 30% discount on servers ,windows hosting , shared hosting… more info!
Nov 19, 2019 - It's time to make your emails look professional. Enjoy 70% off Garanntor Email. Hot deals from now to 30th of Nov… more info!
Nov 12, 2019 - It's still the #garanntorat3 anniversary. Massive 30% off Servers. Use code BIG3PROMO at checkout. Promo ends 15t… more info!
No website coupons announced! Looking to get a great webhosting deal using vouchers ? Checkout our current web hosting coupons list!
If you manage this brand, you must be logged in to update your promotions!
You can directly submit your coupon here!

September 1, 2020 - Our newly introduced Node.js hosting gives you the best platform you can work with for your Node.js applications. R… more info
August 31, 2020 - A Monday reminder to always remember why you started and why you want to achieve your goals. Giving up isn't an opt… more info
August 28, 2020 - Have a good weekend guys, and don't forget to grab the .ng domain promo currently going on. Click link in bio to vi… more info
https://www.facebook.com/GaranntorNG/
Garanntor Nigeria account is having 8546 likes, talking about them 10 peoples. Last activity on Aug 21, 2019. Recent posts:

Aug 21, 2019 - We've got another question guys. So here's how to solve this; Exporting Databases 1.Login to your cpanel and select phpMyAdmin from the list of options 2. Select the database you would like to export 3. Select Export 4. Select the required format you would ...
Aug 20, 2019 - Whatever kind of business you have, whether an SME, SMB or a large enterprise, we have business solutions tailored to your needs. Super fast #servers, #webhosting, #cloudservers, #colocation et al. Get started www.garanntor.ng
Aug 19, 2019 - An inch is as precious as an inch of gold.You can't buy it back. Make the best use of it. #MondayMotivation
No official account on Linkedin yet
https://www.youtube.com/channel/UC_7iOf1XkZuBz7DF4RxJsCA
garanntor.ng Blog  Using Wordpress version 5.4.2. First post from November, 2016, with total 31 articles, Language en-US. See recent blogs summary posts:
April 23, 2020 - HOW TO MAKE A WEBSITE IN A FEW EASY STEPS - We created a guide to help you make your own website in 3 easy steps. STEP ONE CHOOSE THE WEBSITE PLATFORM YOU WANT YOUR SITE ON. You start off by choosing what website platform you want to build ...
November 8, 2019 - LET’S ENCRYPT VS PAID SSL; THE MAJOR DIFFERENCES - There is a hacker attack every 39 seconds and half of all cyber attacks are directed at small businesses. This is because small businesses often do not pay attention to cyber security. Fortunately, ...
August 28, 2019 - cPanel Announces Account Based Pricing - cPanel Announces Account Based Pricing On June 27, 2019, cPanel announced a massive price increase and a complete change to their billing model, the most-used control panel for web hosts around the ...
https://www.instagram.com/garanntor/

The quick stats of garanntor.ng profile shows a note average of 5.5 out of 10, counting 2 opinions. (few listed on the top of the page)
As visitor you can rate this provider directly here! If you are part of support team, you can respond to these reviews by going to login

-anonymous- (-hidden-) / pithprojects.com.ng
Time Hosted: 1 to 2 years
Global rating
I have been using garanntor for over a year now and i can say that i am very impressed. Their pricing is probably the cheapest for both their domain and hosting. I spoke to their customer agents a number of times, and they were very helpful.
69 out of 74 users found this review to be helpful!
Did you find this opinion useful? YES / NO

QServers
These garanntor.ng customer review(s) and ranks are the subjective opinion of our visitors and not of whtop.com staff.
Trademarks, logos & names are properties of their respective owners and protected by law.