-anonymous- (-hidden-)
⏳ Time Hosted: 1 to 3 months
Global rating
😠 The pricing is cheap, but that's about it. Tried using one of their VPS in production, big mistake. The uptime is quite honestly abysmal for a production environment. Here's some of the things I've encountered so far:

- I/O on the server randomly dying and requiring the server to be force stopped/started multiple times in order to be fixed.

- Random network outages, sometimes lasting over an hour. Almost makes it seem like they don't have any form of redundancy on their network to be honest.

- Occasional amounts of high CPU steal, although I can't really blame them as this is a 3 euro server.

It'd honestly be a lot better if they could at least keep their network up for at least a week without any problems, but this hasn't happened once so far since I purchased my server. I asked someone who was with them for years when they went by "KMS-Hosting" and they were supposedly very reliable, but I've yet to see that reliability so far with fastpipe.
👍 36 out of 👉 41 users found this review to be helpful!
Did you find this opinion useful? 👍YES / NO👎
MORE REVIEWS

In the heart of Germany, Frankfurt am Main, we offer professional services in the field of server hosting. We have been in business since 2012 and understand the needs of our customers. Maximum flexibility, innovation, attention to quality and first-class customer service are just a few of our benefits.

We operate a reliable, fail-safe Juniper network and offer unique DDoS protection for all scenarios. 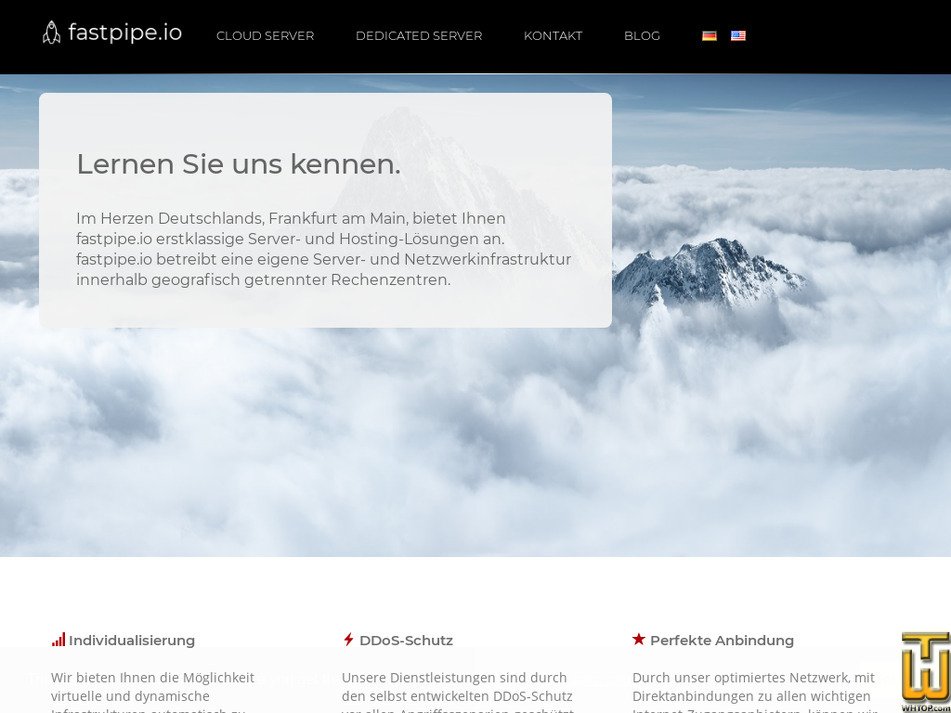 December 28, 2022 - Our cloud servers are being migrated to @tornadoidc on 4th January, check out our status page for more details - more info
December 12, 2022 - In a few weeks, we‘ll be moving our Cloud and Dedicated Servers into our new FFM1 datacenter, final preperations on… more info
September 29, 2022 - Getting our first CEPH Cluster for Cloud Servers ready, more details soon #ceph #storage more info
https://www.facebook.com/fastpipe.io/
fastpipe.io account is having many likes, talking about them several people. Last activity on Aug 30, 2019.

The quick stats of fastpipe.io profile shows a note average of 1.0 out of 10, counting 2 opinions. (few listed on the top of the page)
As visitor you can rate this provider directly here! If you are part of support team, you can respond to these reviews by going to login

Their prices are really affordable, but you are bound to get much less value than what you pay for. Their support is nonexistent (useless most of the time) and their servers have constant unscheduled downtime (up to 1-2 hours each week), which is unacceptable for a production environment.

I'd say their really low prices make for great development servers. However, you'll have to be out of your mind to use them on an actual business.
👍 49 out of 👉 53 users found this review to be helpful!
Did you find this opinion useful? 👍YES / NO👎

fastpipe.io -vs-
1and1 IONOS Germany

1&1 IONOS Germany
These fastpipe.io customer review(s) and ranks are the subjective opinion of our visitors and not of whtop.com staff.
Trademarks, logos & names are properties of their respective owners and protected by law.