Founded in 1994, Atlantic.Net offers web services on an enterprise-grade infrastructure that is in compliance with SSAE 18, HIPAA, as well as HITECH.

The company specializes in the following web products:
Virtual private servers operate on Linux, FreeBSD and Windows OS. These are configured on redundant SSD disks and RAID 10. These include daily backup, 1 IPv4 address and the possibility to scale up servers.

They offer a wide range of pre-configured dedicated servers, but there is also the possibility to customize your own server. Upgrades can be made on demand and customers can choose from: RAM (between 64GB-2TB), CPU Cores (from 12 to 104 CPU) or storage (up to 20 TB SATA SSD or 19 TB NVMe SSD).

Their pricing rates are fairly calculated with billing made monthly, annually or on demand. They accept multiple credit/debit cards, including PayPal. However, their refund policy is not clearly stated, and this might cause confusion.

Their offer is incredible due to the fact that they provide 100% uptime guarantee backed by SLA. Only a few hosting companies provide over 99.9% uptime availability.

Based in Orlando (Florida), Atlantic.Net hosts their servers in multiple locations, such as: Ashburn, Dallas, Orlando, New York, San Francisco, Toronto or London. Their infrastructure is generated by multiple top-notch network providers.

Support options include: phone, ticket support, e-mail and there is also the possibility to write to them on social media (Twitter, LinkedIn, Facebook).

For DIY customers, they can access their range of tutorials or API documentation available on the homepage or they can join their community and discuss with other customers about their experience with Atlantic.Net.

Besides partnering with cPanel and Plesk (the most popular control panels on the market), they also provide their own in-house control panel.

Active in the business for a great number of years, Atlantic.Net offers web solutions for multiple types of businesses. The bad news is that they do not provide dedicated servers here.

Prices are reasonable and they accept payments with multiple credit/debit cards. Operating from multiple data centers, offering comprehensive support and full control via cPanel/Plesk, Atlantic.Net is a great choice to take into consideration when looking for a hosting provider. 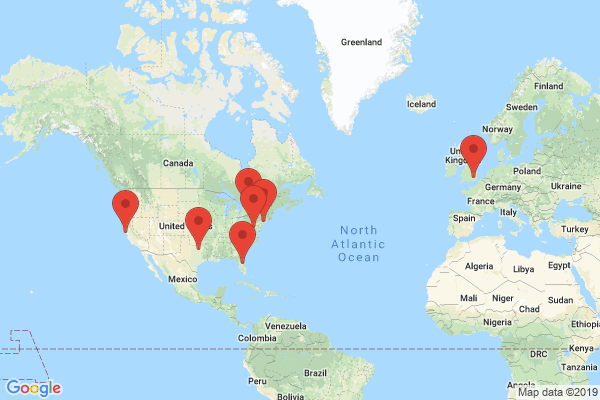 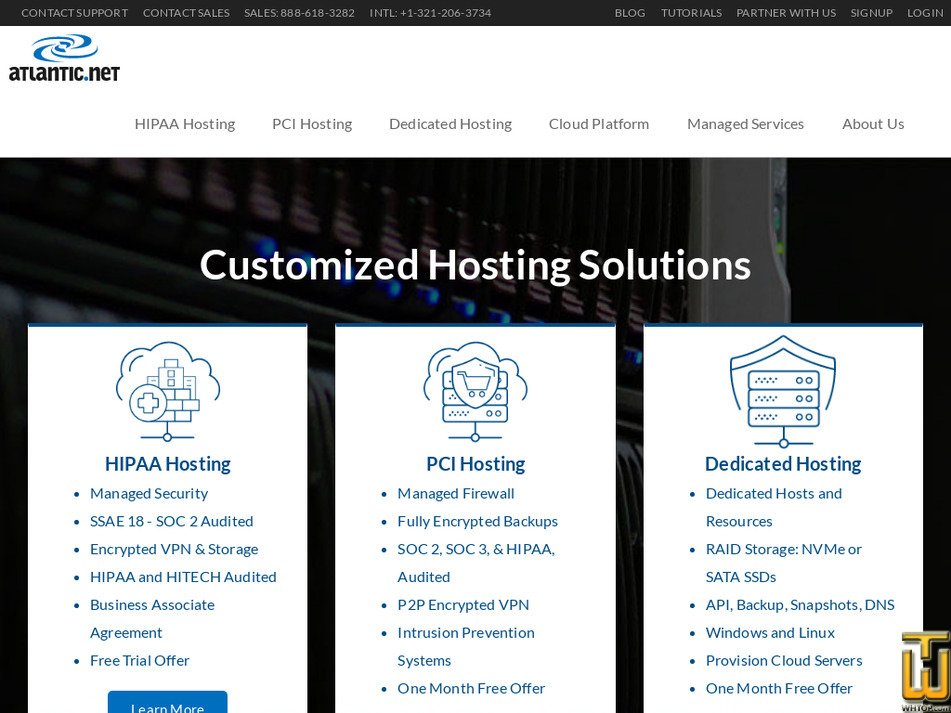 Atlantic.Net Expands the Free G3.2GB Promo in San Francisco Data Center - Free G3.2GB Cloud VPS Hosting is now available in California data center for one full year
ORLANDO, FLA. (February 19, 2021) – Atlantic.Net, a leading cloud services provider, expanded their offer enabling new cloud VPS customers to double their server resources at no extra cost. Atlantic.Net will upgrade all cloud plans to the capabilities of the next highest price bracket at no additional cost for new customers at its San Francisco data center. This program also includes Atlantic.Net’s ...
Atlantic.Net Launches First International Data Center in Toronto, Canada - Atlantic.Net, a high-powered SSD cloud VPS hosting solutions provider, announced today the opening of their first international data center, located in Toronto, Canada. To assist in the expansion, a second center also launched in Dallas, Texas. These state of the art data centers offer integrated colocation for telecommunication companies headquartered around the world, affording customers access to domestic, around the clock support from the United States, and now, Canada.
The Toronto center ...
Atlantic.Net Adds Cloud Computing API - Users gain efficiency, automation and flexibility.
Atlantic.Net, a hosting solutions provider, recently announced that it has released a free application programming interface (API) for its world-class cloud computing platform, allowing customers to more efficiently utilize its robust functionality. The company claims that tasks such as provisioning new servers, deleting existing servers, and turning power on and off can now be handled with a few lines of code, rather than having to access
[search all atlantic.net news]

Sep 27, 2019 - Is it really possible to eliminate data breaches by eliminating human operators, and would Oracle be the one to do it?
Sep 26, 2019 - Server management today is full of opportunities for those able to recognize them. IT departments just need to stay up on current server management trends such as AI, containerization and SaaS management opportunities.
https://www.linkedin.com/company/atlantic-net-inc-/
Atlantic.Net Inc. (established 1994) is a Privately Held entity having 603 followers on LinkedIn and 51-200 employees, industry Information Technology & Services.
https://www.youtube.com/user/AtlanticHosting
https://www.pinterest.com/atlanticnet
Atlantic.Net Blog  (RSS error) Blog added on July, 2013, with total 91 articles, Language en-US. See recent blogs summary posts:
January 1, 2015 - #NowTrending: Gartner Rings in the New Year with 2015 Tech Forecast (Cont.) - <<< Previous <<< #7 – Cloudification In the globally integrated enterprise, mobility and the cloud continue to become increasingly essential to business, prompting the proliferation of software that ...
https://www.bbb.org/us/fl/orlando/profile/cloud-services/atlanticnet-inc-0733-215823205
https://en.wikipedia.org/wiki/Atlantic.Net
https://www.glassdoor.com/Reviews/Atlantic-Net-Reviews-E14343.htm
https://www.crunchbase.com/organization/atlantic-net

The quick stats of Atlantic.Net profile shows a note average of 7.9 out of 10, counting 18 opinions. (few listed on the top of the page)
As visitor you can rate this provider directly here! If you are part of support team, you can respond to these reviews by going to login

Before I made the decision to host with Atlantic, I was getting robbed blind by having to call onsite technicians into my office and pay them on an hourly basis (meanwhile, my business would come to a screeching halt while I cant bill for services rendered).

In the last roughly six months I have hosted with Atlantic, I have saved money. Even better, my system just works, and I havent had to think about my server any more. Whenever I have a problem I call support and they don't give me excuses they fix the problem.

Now mind you, that prior to this latest support incident, my site was down for a good week or so and I was told by an employee named Ryan that the server my site was on got infected with a virus that their "Senior Engineering" couldn't get rid of and they had to put me on a new server.

I use my web site for business purposes. I also travel quite a bit to meet with prospective clients and need to be able to access my web mail when needed as I do not like to use my e-mail client on my laptop in case it gets lost or stolen. Well I needed to access my web mail account so I could retrieve a [read more...]
👍 67 out of 👉 77 users found this review to be helpful!
Did you find this opinion useful? 👍YES / NO👎

TMD Hosting
These Atlantic.Net customer review(s) and ranks are the subjective opinion of our visitors and not of whtop.com staff.
Trademarks, logos & names are properties of their respective owners and protected by law.