Artmotion's mission is to continue being a leader in the Web industry by offering a suite of highly reliable and valuable services at affordable and competitive prices. Artmotion is committed to providing the highest quality service and support so that its customers will have a solid direct connection to their online marketplace.

Switzerland, which declared its neutrality in the year 1812, offers international businesses a high level of privacy and is widely recognized for its financial stability, including a secure private banking system and the world's largest offshore financial center.
Facts to consider about Switzerland:

Because of its central location, Switzerland is at the crossroads of major international trade routes in Europe. You can reach most majorEuropean cities within three hours from Switzerland, making it the gateway to Europe.

Founded in 2000, Artmotion Ltd is a privately held offshore provider, offering a full range of Internet-based solutions focused on small and medium businesses. Its data center is located in Zürich, is multi-homed and is connected to over 685 private and public Internet partners. (peerings)
"Our nation's geographical location in central Europe also makes hosting servers ideal, as the location is immune from major natural disasters."

Facts to consider about Artmotion:

Should you wish to discuss any additional details, or have any additional questions about the advantages of Artmotion's service, please contact us at any time.

2000. Artmotion was established in 2000 as an IT services company
2001. Artmotion launched Webhosting services in Switzerland
2003. Cyberhost merged with Artmotion, an ISP and broadband webhosting provider. The merger doubled the size of the company, providing significant economies of scale, and extended broadband operations into four states.
2004. The new company branding was lunched in 2004.
2005. Artmotion lunched new office location in England (London)
2006. Due to the rapid growth of colocation service needs, artmotion expands datacenter infrastructure.
2007. Artmotion GmbH increases the shares on Artmotion Ltd - UK from 51% to 100%.
2010. Co-operation with( Online Marketing) .

Our Class-A data center has been over-engineered to ensure the highest level of availability and performance. Our Network Operations Center (NOC) is served by fully redundant high-speed fiber optic connections and utilizes multiple Internet backbone providers. Our network connects to 4 Upstream Cariers and to over 15 direct Peerings. 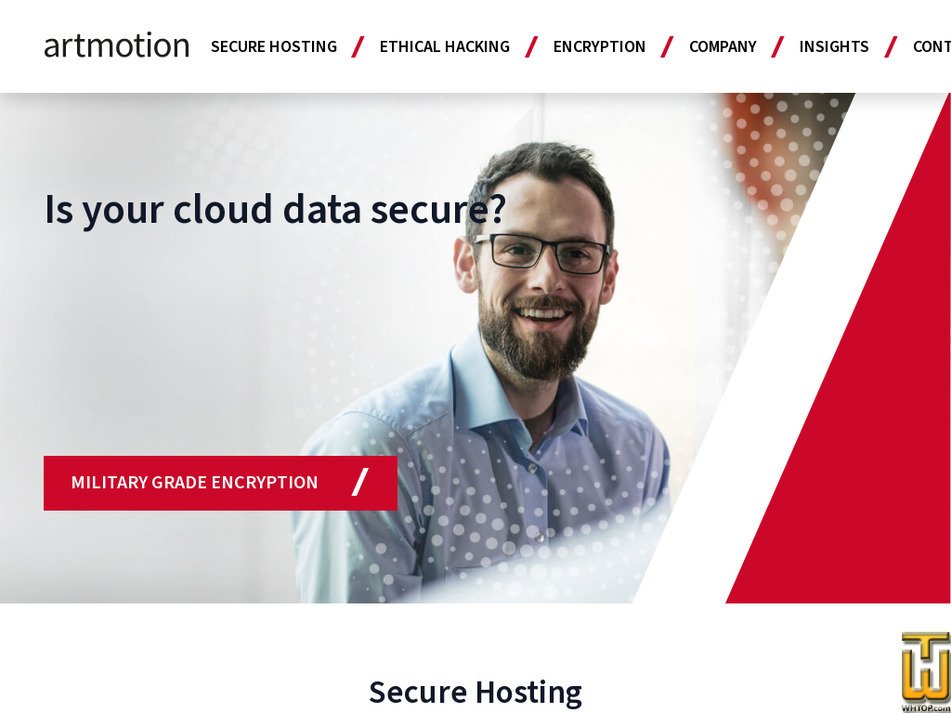 Website research for Art Motion on January 8, 2020 by WebHostingTop

https://twitter.com/artmotionEU
Account started from November, 2014, having already 0 tweets with 5 followers and 39 friends.

100%
Global Virtual Opportunities (GVO) owns and operates its complete infrastructure. There is absolutely no middle man when it comes to GVO! Our hosting and marketing systems are developed and implemented from servers in our new state-of-the-art Datacenter located in San Antonio, Texas. Our [...]
Server 4 You Total Reviews: 13
Average Rating: 2 / 10
Good Reviews: 2
Bad Reviews: 11
Official Responses: 0 Alexa Rating46,615▲434

Things to do
✗ Forum, Blog/Announcements, Knowledgebase or FAQ URLs are missing
86%
With its remarkable price policy and the comprehensive product range, which includes dedicated servers as well as virtually dedicated servers, the discount brand SERVER4YOU truly co-determines the web hosting market. That is because in spite of the low prices, the customers neither have to do [...]
Moniker Alexa Rating63,852▲7,720

100%
At Moniker, we’re transforming how our customers realize success online. Domain names are at the core of our business and we think improving the domain space and how users connect on the internet can change the world. We bridge the gap between your dreams and goals. Where you currently are and [...]
WPOven Alexa Rating43,541▲3,929

Trademarks, logos & names are properties of their respective owners and protected by law.