Jim (jimmymaq@t...) / troofic.com
⏳ Time Hosted: over 3 years
Global rating
Features
Cost
Customer Relation
Control Panel
😃 I purchased the multi-domain plan. Crazyhostguy is a cheap hosting provider - that's their claim to fame. And they do cheap well. In the years I've been with Crazyhostguy, I've had some hours of downtime here and there - but usually not for long. Sites can take a while to load and sometimes they're not there - though this is less the case in the past year. As I write, their own Website is not coming up when I type it in. Neither are my sites. Ironic. My site was attacked by a squatter pretending to be a banking site and CHG took forever to fix it - and it was not possible for me to fix it. They insisted I pay extra to be allowed to have the spam filter on my email - but that was only for existing customers at the time. New customers get their email filtered. Go figure on that marketing genius. So, yes, they are not the best hosting provider for anyone who wants quality - they're cheap, semi-reliable and as far as I can tell, my sites will work again in a few hours or maybe [read more...]
👍 61 out of 👉 63 users found this review to be helpful!
Did you find this opinion useful? 👍YES / NO👎
MORE REVIEWS

Established in 1997, in the bedroom of one of the owners homes, AllCore Communications Inc. began to focus on providing telecommunication solutions for consumers and small to medium sized businesses with a wide range of applications and services based on the latest communications technologies.

We now provide a complete solution for residential and business Internet access across North America and have customers in 60 different countries around the world. Our services also include traditional and VoIP phone services, toll free numbers, website hosting, data center services, cloud backup and cloud computing and internet connectivity. 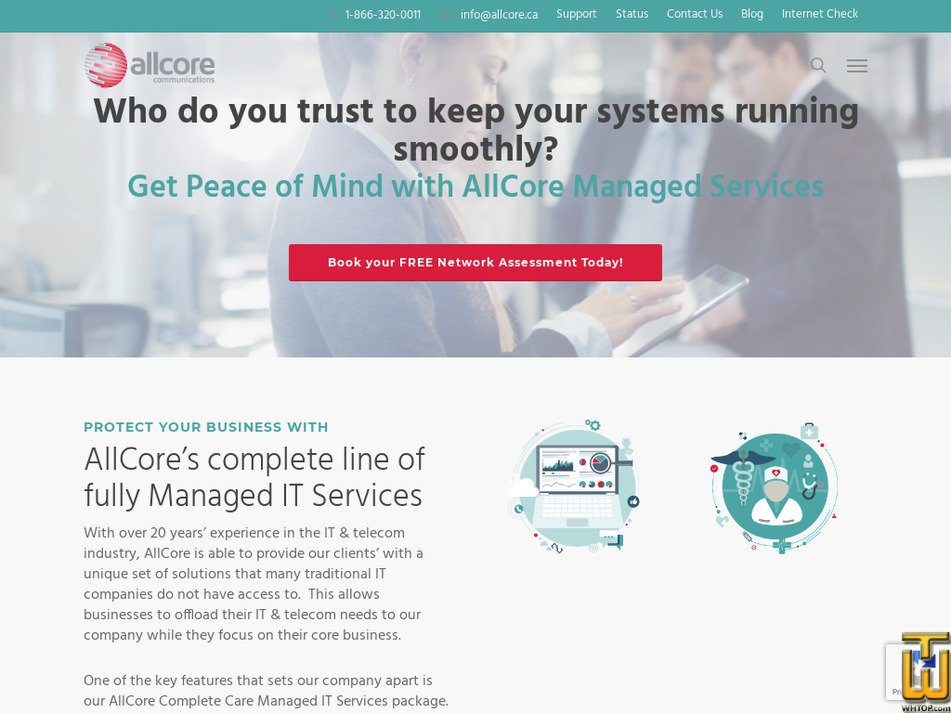 The quick stats of Allcore.ca profile shows a note average of 3.5 out of 10, counting 2 opinions. (few listed on the top of the page)
As visitor you can rate this provider directly here! If you are part of support team, you can respond to these reviews by going to login

David T (dtyper@h...)
⏳ Time Hosted: over 3 years
Global rating
Features
Cost
Customer Relation
Control Panel
😠 Crazyhostguy over-charged my Creditcard in january 2009. They charged me around $300 instead of $30. I was promised a refund and that the "cheque was in the mail" many, many times... however as of August 2009, I still have no cheque and no refund. Calls for follow-up are referred to a "James Johnson" who will not return my phone calls, nor respond to my emails. This situation has been a nightmare, and I do not know how to proceed further with the exception of legal action. I highly discourage anyone from using the services of crazyhostguy or networx hosting. I can be reached for further comment at dtyper@hotmail.com [imported from crazyhostguy.com]
👍 90 out of 👉 94 users found this review to be helpful!
Did you find this opinion useful? 👍YES / NO👎

Server Mania
These Allcore.ca customer review(s) and ranks are the subjective opinion of our visitors and not of whtop.com staff.
Trademarks, logos & names are properties of their respective owners and protected by law.