Average 3 out of 10
Total reviews: 1
Recommended by: 0
Opposed: 1
Official responses: 0 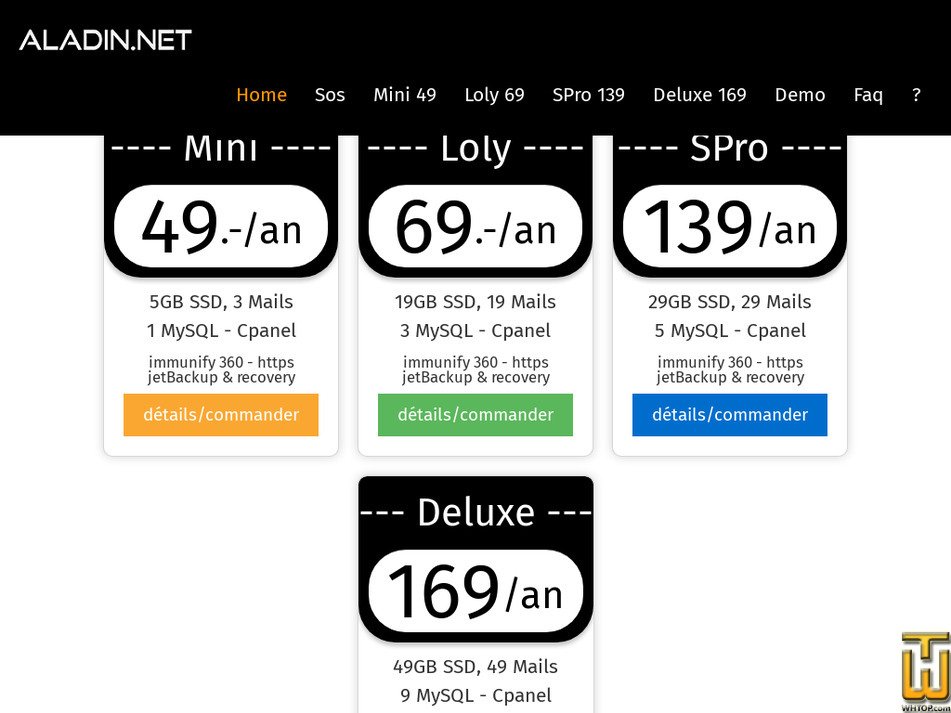 The quick stats of aladin.ch profile shows a note average of 3.0 out of 10, counting 1 opinion.
As visitor you can rate this provider directly here! If you are part of support team, you can respond to these reviews by going to login

-anonymous- (skwinxs@h...) / lejardinpotager.ch
Time Hosted: 2 to 3 years
Global rating
Features
Cost
Customer Relation
Control Panel
Very poor customer relationship with Aladin
The website of our cooperative was hosted by Aladin for a few years. The price was very competitive for Switzerland (first price at 60 CHF per year), but the quality of the customer support was really lacky.

An example: after asking about a huge downtime of the website during a weekend and some features that apparently were non-working (cron tasks), I got an over-technical answer as to why the site was down but none about the missing features. Not a single apology but lots of scapegoats. After asking again whether the site was fully functional or not the answer was that I was the only one complaining and that if I was not happy I could simply resign.

Support is quick to respond (within the hour usually), but be prepared to read very poor and hard to understand french language, mixed with many technical terms and acronyms.
72 out of 77 users found this review to be helpful!
Did you find this opinion useful? YES / NO

Hostpoint
These aladin.ch customer review(s) and ranks are the subjective opinion of our visitors and not of whtop.com staff.
Trademarks, logos & names are properties of their respective owners and protected by law.