VPS Hosting vs. Dedicated Server Hosting – Which is the Best Choice? 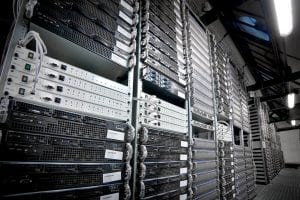 Out 16, 2020 - Nokia’s Revival: Is the Finnish Vendor Already Benefiting from Huawei’s Absence? - Nokia is one of the pioneers of the mobile industry but it has been struggling in recent years. Clearly, the process of transforming Nokia from a mobile-only infrastructure provider into a broader based end-to-end communications infrastructure player has taken longer than expected, according to Counterpoint Research. Nokia's mobile access division still dwarfs its other business units ...
Out 16, 2020 - Sunbird dcTrack 7.2 Released, Providing Data Center Parts Management - Sunbird Software announced the general availability of its latest dcTrack release. With Release 7.2, Sunbird Software has added a ‘Parts Management' feature. It would significantly expand the scope of the physical data center infrastructure that can be managed in ...

Out 15, 2020 - CDN Provider G-Core Labs Unveils New Streaming Platform - G-Core Labs unveiled its renewed streaming platform, replacing the previous version of the product. This "turnkey" solution for live video and video-on-demand streaming can be used to deliver video content to anywhere in the world in full HD and 4K quality to any ...