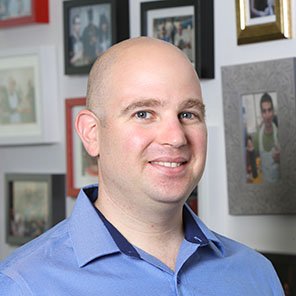 Maio 19, 2019 - WekaIO, a file storage company delivering a NVMe-native high-performance software-defined storage solution that removes barriers between the data and the compute layer, has closed $31.7 million in a Series C funding round fueled by existing investors and new strategic investors from the storage industry, including Hewlett Packard Enterprise (HPE), Mellanox Technologies, NVIDIA, Seagate, and Western Digital Capital, alongside Qualcomm which invested previously.

Ooredoo Qatar has already tested a number of 5G use cases, including 5G aerial taxis and drones. The company is waiting for the availability of 5G devices to roll out commercial 5G ...
Mai 19, 2019 - Compass Datacenters Commences Construction of 75MW Data Center Campus in Northern Virginia - Compass Datacenters (compassdatacenters.com) has commenced construction of its first data center in Loudoun County, Virginia. The 6MW building will be located on Compass' announced Loudoun campus, which is planned for 500,000 square feet and 75MW of critical IT capacity.

Compass Datacenters' campus strategy would be a "natural evolution" of its traditional business model, which was focused on wholesale core data centers, "optimized for cost, quality and fast delivery."

"Our Northern Virginia data center campus is part of a strategic initiative to develop Compass campuses in high-demand cloud and hyperscale markets," said Chris Crosby, CEO of Compass Datacenters. "In addition to ...

Atlanta and the surrounding Transaction Alley are one of the largest FinTech hubs in the U.S. with more than 70 percent of all credit card transactions now processed through the Atlanta metropolitan area, according to the Atlanta Small Business Network. These data-intensive companies would need secured, reliable, and scalable means to gain access and transport the data without loss of connectivity.

After closing of the transaction, KPN would continue to deliver its core ICT services (such as security, workspace, cloud ...
Mai 21, 2019 - Riverbed Unveils Solution to Accelerate Performance of SaaS Applications - Network technology company Riverbed has launched a new solution that would significantly accelerate the performance of leading SaaS apps, such as Office 365, Salesforce, ServiceNow and Box, "by up to 10 times." The solution is called Riverbed SaaS Accelerator (riverbed.com) and allows companies to directly measure, monitor and accelerate the performance of SaaS-based enterprise apps.

Cloud and Software as a Service (SaaS) are promising service flexibility, agility, and improved performance and user experience. By 2020, companies would move as much as 80% of their applications into this environment, according to the 2019 Annual SaaS Trends Report by Blissfully (blissfully.com), yet ...
Mai 21, 2019 - File Storage Company Elastifile Hires David White as Vice President of Cloud Operations - Elastifile (elastifile.com), a provider of scalable file storage for the public cloud, announced the appointment of David White to the newly established position of Vice President of Cloud Operations. Mr. White comes to Elastifile from Sentient Technologies, where he served as VP Technical Operations. He will be responsible for leading Elastifile's service-centric operations and ensuring customer success. He reports directly to Elastifile CEO Erwan Menard.