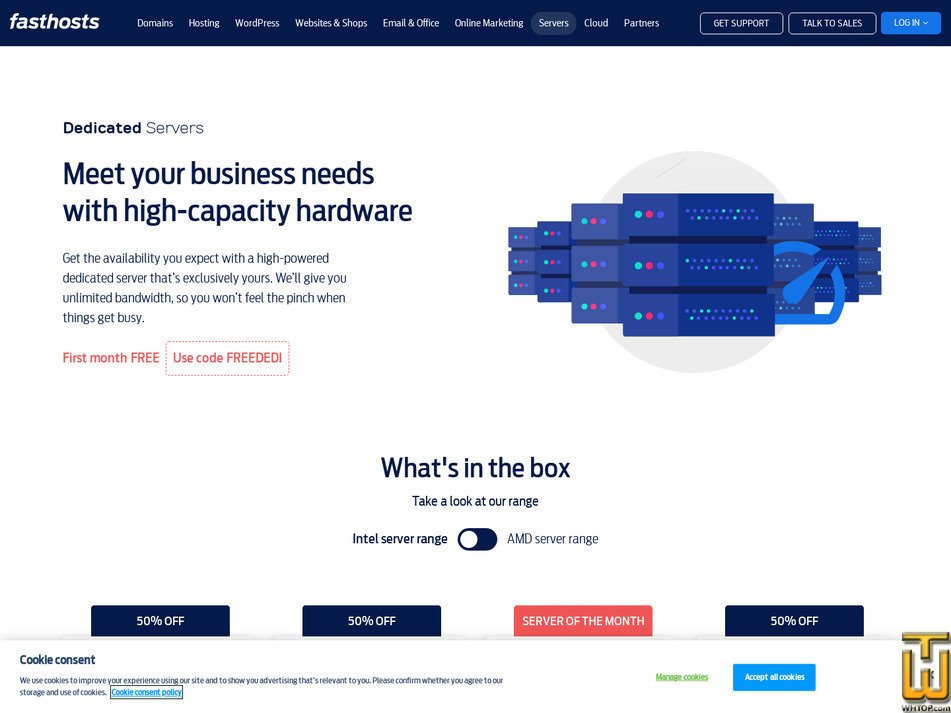 Ever since it was established in 1999, Fasthosts has never stopped growing and developing. The company has always respected their customers’ needs and priorities. Because they have always cared about the customer’s experience, they became accredited from the Institute of Customer Service. As they invest a lot of time in the great operation of their web hosting services, Fasthosts has quickly become a top company. Fasthosts comes with a great variety of solutions that offer the possibility for customers to choose whatever they consider suitable for their needs:
Not only does Fasthosts offer product options, but it also assures the security and the online backup to their customers’ pages. Fasthosts comes with a series of extra elements available for customers, which other popular sites do not provide, such as: a free site builder, Mirago or Adword credits.

-anonymous- (kristoffer@r...)
Time Hosted: 3 to 6 months
Global rating
I saw a good offer on a server, and wanted to try it out.

I sometimes try new hosting places out - just so I can see if I can get better service or something.

After having set up the server, the bandwidth is just terrible.

Since it doesn't perform, I go to cancel. First of all, I can not cancel from their control panel. I reach out to support and tell them I want to cancel. They first and foremost point out that I, stupidly, entered into a contract for a year. And then they're like "but I can help you with registrering a .co.uk or .com domain."

I bought an unmanaged dedicated server. I know what I am doing. But I just reply that I want them to cancel the server as soon as possible - so the day before the contract renews after a year.

They schedule it, but copy and paste the exact same thing with it being in contract for a year.

I wrote that it was due to bandwidth that was underperforming - which they did not attempt to solve. They simply ignored it.
63 out of 70 users found this review to be helpful!
Did you find this opinion useful? YES / NO