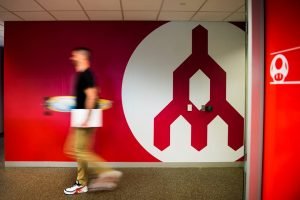 While VPS on HDD is suitable for certain types of tasks that do not require high read/write speed, if oyu have a high-load project and require more IOPS, it is worth to pay attention to SSD storage. Providing significantly more speed than a regular HDD, SSD VPS will allow you to experience the performance essentially available on dedicated servers.

Unlike previous periods, DDoS attacks are being co-ordinated to start with extremely high volumes of traffic followed by frequent but low intensity attacks. The unusual pattern of attacks were focused on customers' infrastructure in Asia and Europe and seem to have originated in China.

Some of the most notorious waves peaked at 1,130 gigabits per second (Gbps), 1,040 Gbps and 1,010 Gbps accompanied subsequently by lower intensity attacks averaging 800 – 990 Gbps over July and August months. These were made up of volumetric User Datagram ...

Sep 29, 2021 - Phison Is Developing Customizable PCIe Gen 5 SSDs, Ready to Ship in 2022 - Phison is now developing PCIe Gen 5 SSD platforms that may be customized to perform optimally in users' applications. Read the full ...

Sep 29, 2021 - Whitelabel ITSolutions Joins Frankfurt Internet Peering Exchange Providing a Larger European Reach - By Whitelabel ITSolutions partaking in De-Cix’s Frankfurt Exchange, our customers are one connection away from hundreds of major telecom and data networks on a single highly available service platform.
Frankfurt is Europe’s digital capital, and with more than 10 Terabit per second peak traffic, DE-CIX Frankfurt is the world’s leading Internet Exchange. Right in the heart of Europe, you can reach more Eastern European networks than at any other Internet Exchange in the world.

Hundreds of networks peer in Frankfurt

More than 1000 networks are connected to DE-CIX in Frankfurt. Access is available in 30+ data centers in Frankfurt, and during peak traffic times, more than 10 Terabit per ...