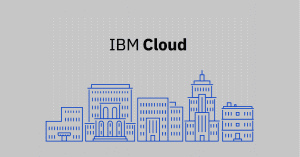 Company: IBM Cloud
Want to add a website news or press release ? Just do it, it's free! Use add web hosting news!

Apr 3, 2021 - IBM Unveils First Quantum Certification for Developers - IBM has announced the launch of its first developer certification for the programming of quantum computers. The IBM Quantum Developer Certification focuses on IBM's own software tools and the Qiskit open-source SDK in ...

Feb 22, 2021 - IBM Helps Delta Air Lines Migrate Its Applications to Public Cloud - Delta Air Lines (NYSE: DAL) has signed a multi-year agreement under which IBM will help lead Delta to the public cloud. The airline company intends to increase its agility, speed to market and innovation capabilities around digital ...

Jan 4, 2021 - IBM Study: Majority of CIOs and CTOs Not Prepared for IT Needs of the Future - Many corporate IT leaders say their organizations are not prepared for the future IT needs of the business and nearly all are moving to advance their transition to cloud infrastructure, according to a new IBM (NYSE: IBM) survey of leaders at mid-sized and large companies in the United States and United ...

Sep 9, 2020 - Red Hat, IBM Announce General Availability of Red Hat Marketplace - Open source solutions provider Red Hat, together with IBM, has announced the general availability of the Red Hat Marketplace. This is a one-stop-shop to find, try, buy, deploy and manage enterprise applications across an organization's hybrid IT infrastructure, including on-premises and multicloud ...