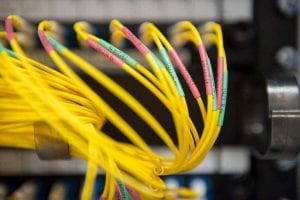 mar 22, 2021 - IT Distributors Tech Data and SYNNEX Merge in $7.2 Billion Deal - SYNNEX Corporation (NYSE: SNX) and Tech Data have signed a merger agreement under which SYNNEX and Tech Data will combine in a transaction valued at approximately $7.2 billion. The combined IT distributing company, with approximately $57 billion in estimated pro forma annual revenues and a team of over 22,000 associates and colleagues, will provide customers and vendors with expansive reach across products, services, and ...
mar 22, 2021 - European Environment Agency Selects DigiPlex’s Colocation Offering in Denmark - Sustainable data center colocation provider DigiPlex has reached an agreement with the European Environment Agency (EEA) to host the organization's server park. Previously, the EEA had deployed its server infrastructure in a server room at their offices in Copenhagen, Dnmark. The servers are now migrated to DigiPlex's colocation data center in ...

mar 24, 2021 - Top-9 Data Center Trends to Watch, According to Huawei - Huawei has released their Top-9 Trends for Data Centers – to stir up the discussion on data center trends and future opportunities. Huawei also wants to contribute to knowledge sharing for a healthy development of the data center ...

mar 24, 2021 - Second OVHcloud Data Center in Strasbourg, SBG1, Also Destroyed - After the OVHcloud Strasbourg SBG2 data center was completely destroyed by fire two weeks ago, OVHcloud has announced that after a second small fire late last week SBG1 will not be restarted as well. Only the SBG3 and SBG4 facilities are now being restarted at their Strasbourg site in ...

mar 24, 2021 - DigitalOcean Raises More than $775M in Initial Public Offering - DigitalOcean, hyperscale cloud for developers, startups and SMBs, has raised more than $775 million in an IPO (initial public offering) today. The shares are listed at the New York Stock Exchange under the ticker symbol ‘DOCN.' DigitalOcean has sold 16.5 million shares for $47 each, at the high end of the expected range of ...