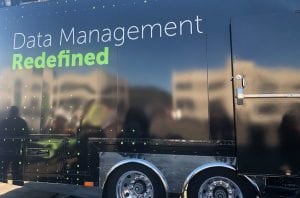 may 1, 2021 - Streaming Video Platform Disney+ Leverages AWS to Boost Global Rollout - The Walt Disney Company is leveraging AWS for the global rollout of Disney+, one of the largest online streaming video services in the world. The Walt Disney Company relies on AWS as its preferred public cloud infrastructure provider to support the explosive growth of ...

abr 23, 2021 - Google and AWS Win $1 Billion Nimbus Cloud Tender in Israel - After months of anticipation, AWS and Google Cloud have been selected to provide cloud services to the Israeli government as part of the comprehensive Nimbus project. The two IT giants will create cloud-based data centers as the first step in a plan to move much of the government's IT infrastructure to the cloud, with an initial investment of over $1 ...
mar 31, 2021 - European Cloud Project Gaia-X Grows with 212 New Partners - AWS, Alibaba, Cisco, IBM, HP, Huawei, Google, Oracle, Intel, Microsoft - pretty much the entire tech world is now on board to collaborate on the ambitious French-German cloud initiative ...

mar 19, 2021 - Nokia Collabs with Google and AWS to Enable Cloud-Based 5G Radio Solutions - Nokia is taking some major steps in the field of creating cloud-based 5G radio solutions. Recently, it has collaborated with two of the industry leaders including Google and Amazon Web Services (AWS) to perform extensive research and come out with the best customer-focused 5G ...